My Saturday began at 4:30am with a pick through my pink hair, a pair of pink Strawberry Shortcake knee-high socks, pink capris, pink earrings, nose ring, pink mascara, pink eye shadow, and a purple team shirt.  PINK overkill?  Nah.  Just the perfect look for a perfect day at an amazing event. 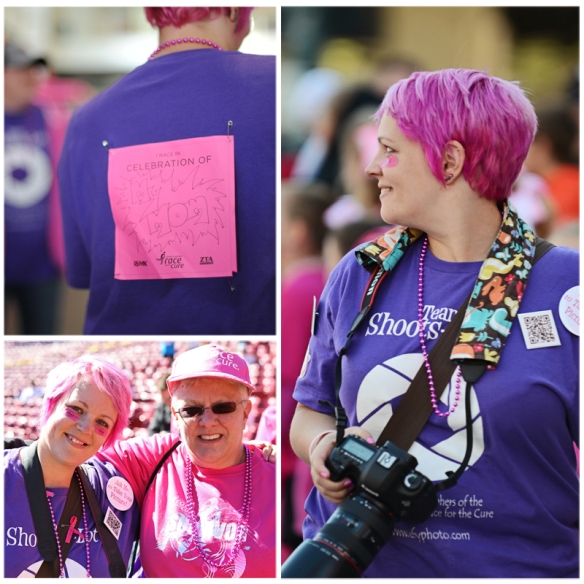 Saturday, September 14th marked my 3rd year photographing the Susan G. Komen Race for the Cure. I shoot for all of the survivors, their family and friends; but most importantly to  honor my Mom, a 13 year breast cancer survivor.  I take great pride in what I do and I love that I have the ability to share it with so many people.

Each year, I am joined by other local photographers that are awesome enough to donate their time and talent to covering this HUGE event.  This year, I had the privilege of working with these 4 amazing individuals: Sarah R. of Sarah Anne Photography, Samantha G. of SJG Photography, Lisa H. of Hezlep Photography, and Adam G. of Gabbard Photography. 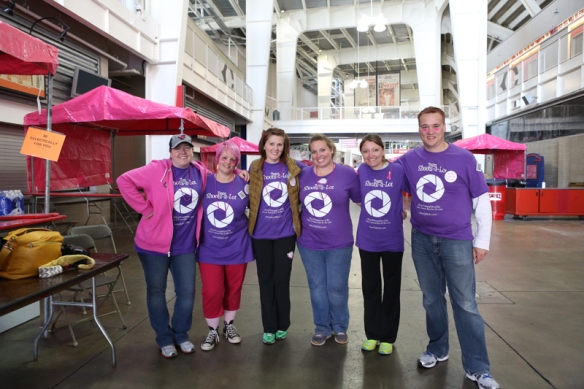 Not only did I have a great shooting team to work with, but I was fortunate to have my Grandma K. graciously manning my booth space for a 3rd year.

And if that wasn’t enough, my favorite henna artist, Jill Jaiswall hung out at my booth too; offering up some free henna to race participants. 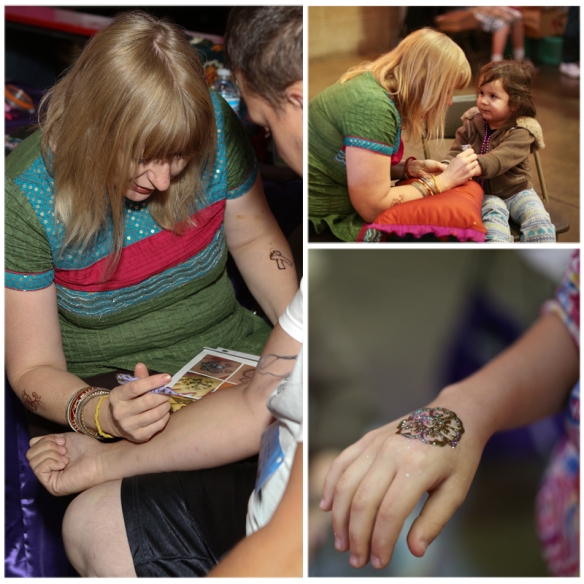 Prior to all the running and walking, people congregated around the GABP for some breakfast at the Komen Kafe, takeaways throughout the sponsor expo, and a Jazzercize warm-up on the main stage. 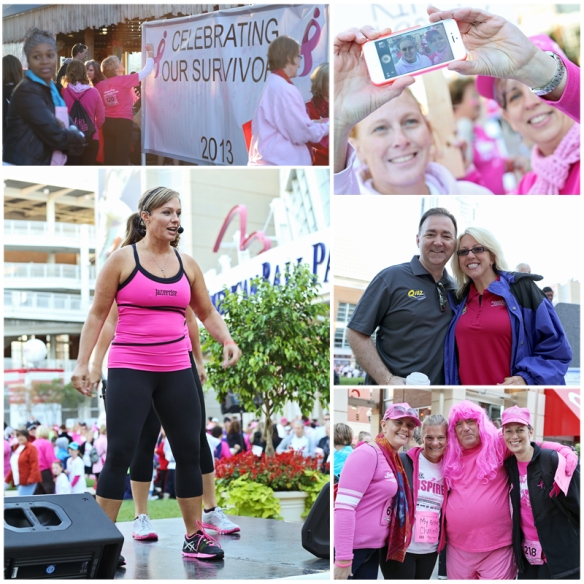 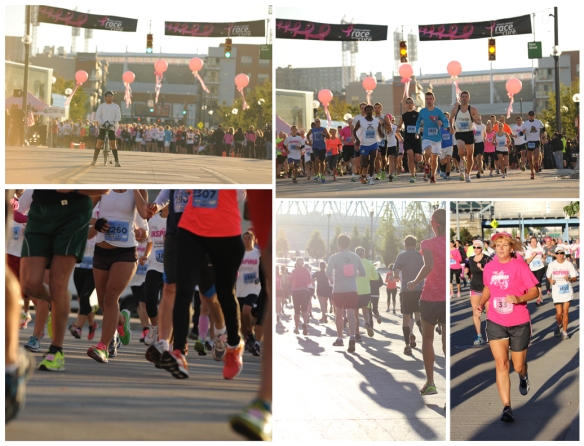 THIS is the 5K crowd and THESE images do not do this crowd justice.
(And the purple shirt with the cutest kid in the world on his shoulders… those are my boys.) 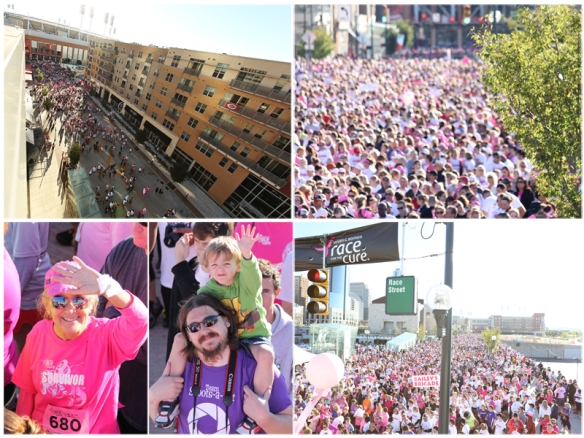 Did I mention that I love making new friends? 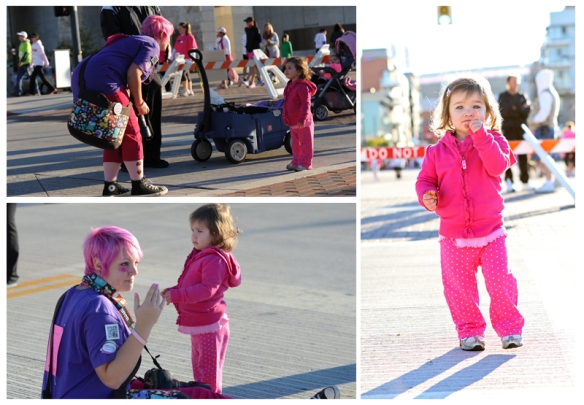 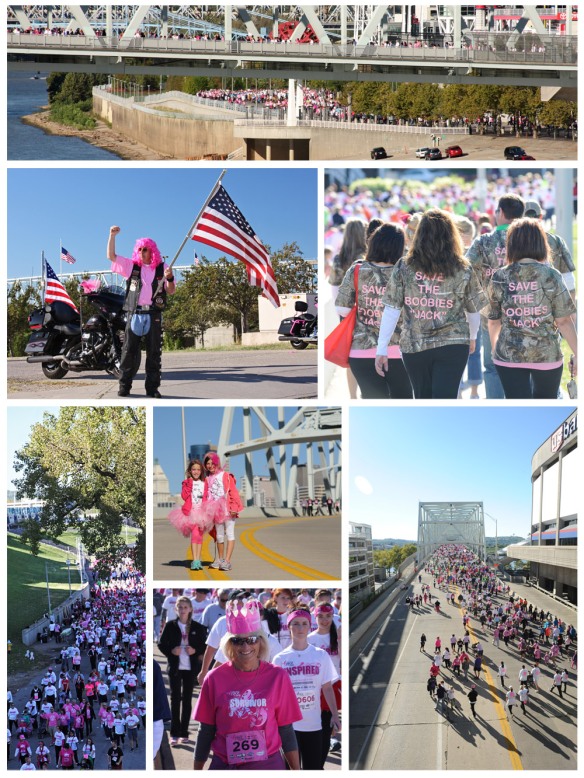 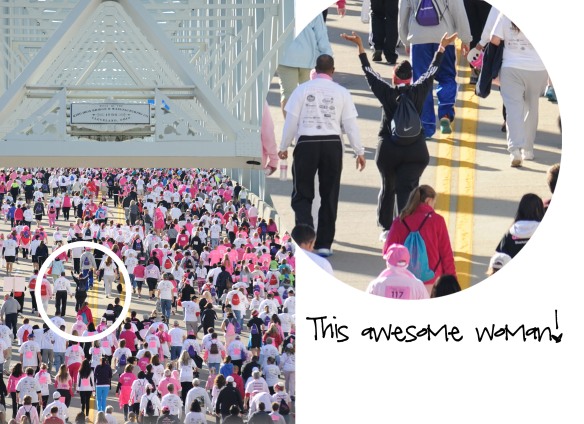 All culminating at my absolute favorite shooting spot… the finish line. 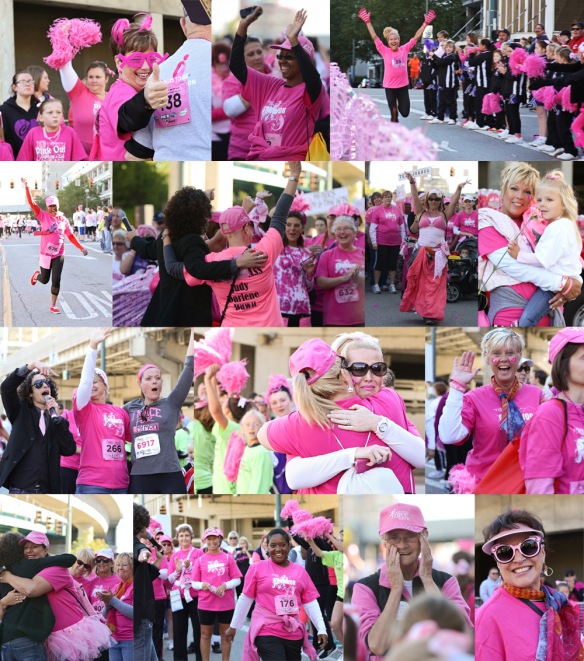 And if I could post all 700+ images from that spot on this blog, I would. (But, for those that do want to check out ALL of those finish line shots, I offer up this link.) The smiles, tears, hugs and high-fives were never-ending.  And I do not lie, my human wrangler, Angie has to drag me, kicking and screaming from the finish line every year to make the next deadline in the stadium.

So, what happens inside the Great American Ball Park, you ask?  First, the kids take to the field (well, the brown dirt part around the field) for the Annual Kids Fun Run! 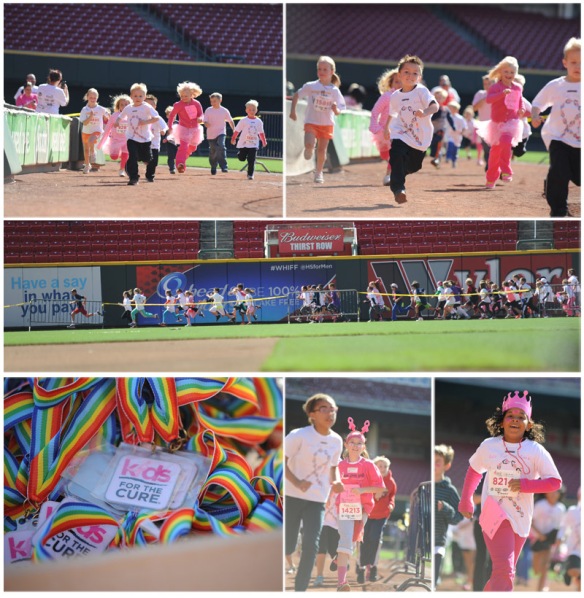 And then, every year Komen gets a group shot of all of the survivors in a creative way.  For the 2nd year in a row, this magic was created in the stands (baseball is apparently still happening.)

And along with the group photo, survivors and guests are entertained by performers and speakers. 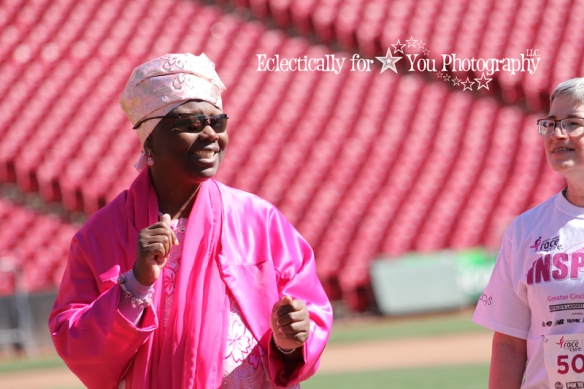 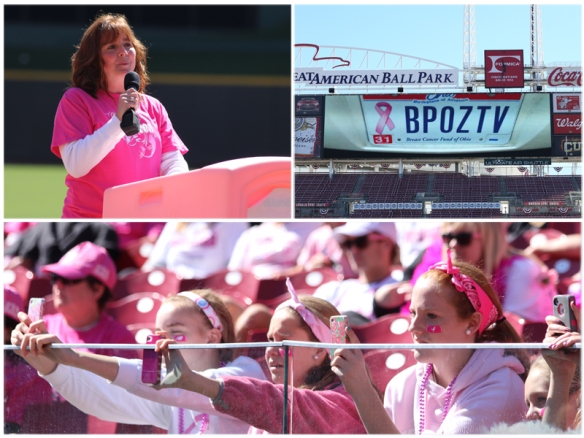 And if you were at the race and would like to find yourself in the crowd OR if you would just like to see all the fun that was missed, please visit my website for the complete collection of images from the Susan G. Komen Race for the Cure 2013.

I will end this post with a series of photographer action shots. 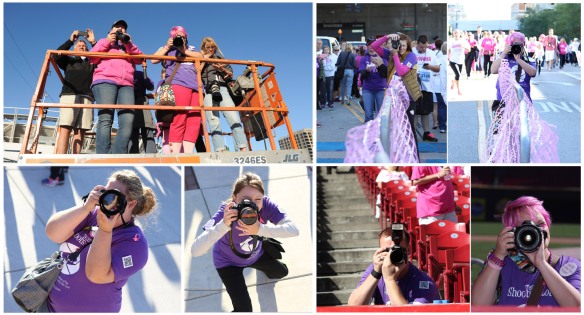 So, last Saturday was a fun time! 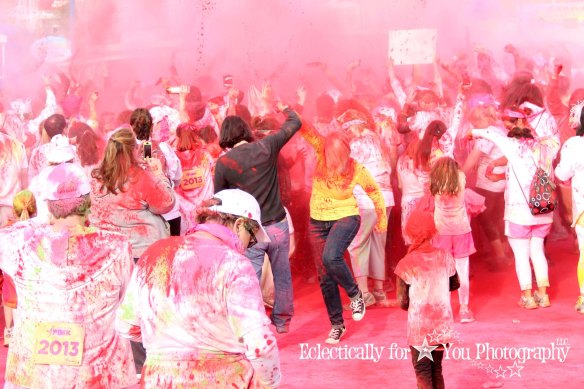 April 27th was Kings Island‘s grand opening AND Susan G. Komen’s first ever color run!  The official name for the event is Color Me PINK! and it was held at Kings Island on Saturday morning, before the park officially opened it’s gates for the season.

Once again, I teamed up with some amazing local photographers to provide complete coverage along the entire 5K, powder-filled race route…

Registration opened up at 6am.  It was early and I was caffeine-free and a wee-bit delayed (totally left my memory cards for the back up camera at home.)

The race officially started at 7am with the release of the first “wave” of runners.  There were 6 (maybe 7) waves total; which were released on a 10 minute interval. 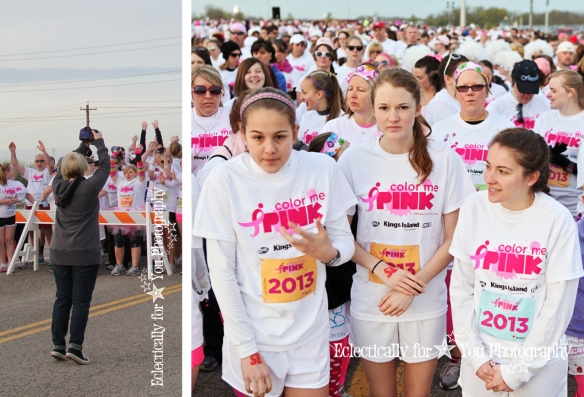 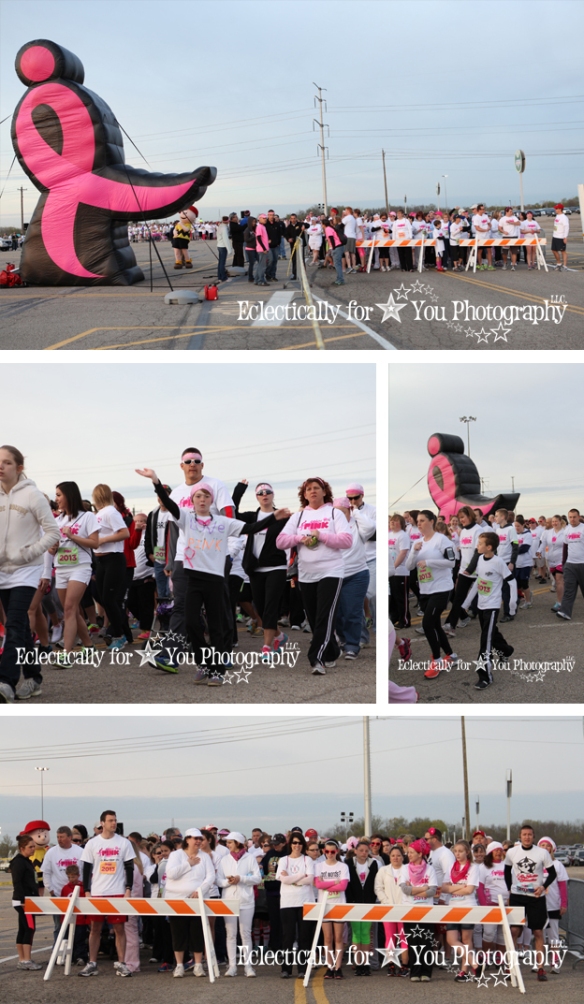 The race route started in the parking lot, just outside of Boomerang Bay.  From there, the runners were lead into the park and routed through the Action Zone, which holds some pretty awesome rides: Delirium, Face-Off, and Drop Zone. 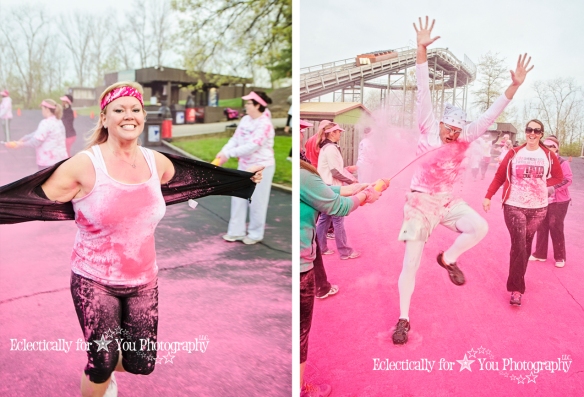 From there, the runners were lead through Oktoberfest and the Coney Mall area, which is home to the Racer, Vortex, Firehawk and Flight of Fear. 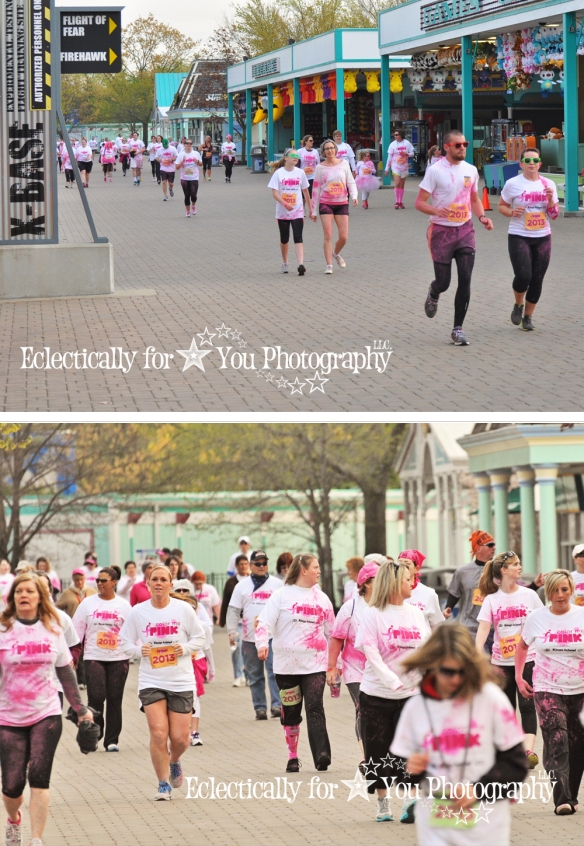 The Eiffel Tower and Color Station 2: YELLOW came next.

And after the pelting from the Pink and Yellow teams, the runners journeyed over to Rivertown, home of the 2 best coasters in the park: Diamondback and the Beast.

Nestled in between the tracks, sat Color Station 3: Green. 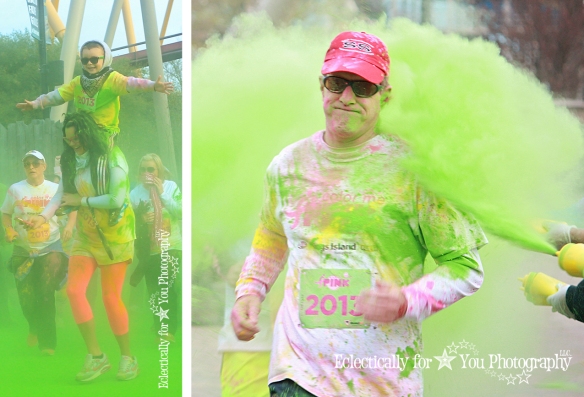 Anyone else craving rainbows now, or is that just me?

After a jog through the woods, the race participants came to Color Station 4: RED. 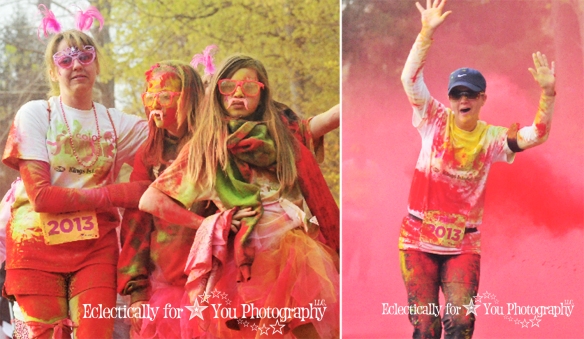 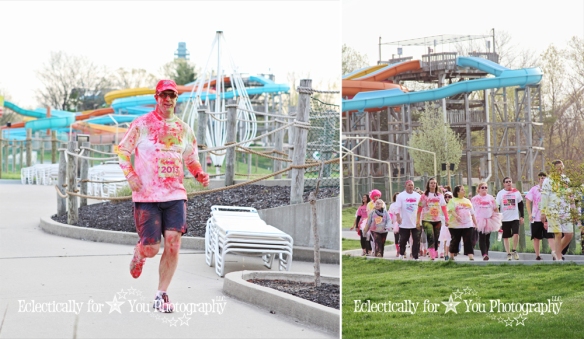 Along with bananas and drinks at the finish line, the participants were handed powder packets in preparation for the big color explosion finale(s).

The color explosions were timed for every 20 minutes until every person had their opportunity to participate and gain that extra color coating. 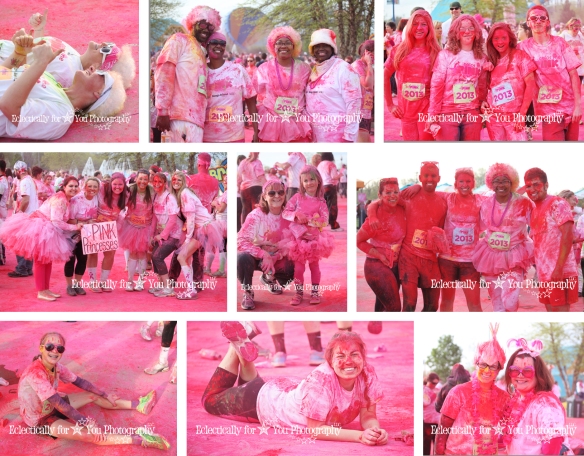 Both Q102 (Brian Douglas) and Fox 19 (Frank Marzullo and Tracey Johnson) broadcast live from the event.  The Fox 19 crew managed to escape the powder for one segment.  By the second, they joined in on the colorful fun.  And it was awesomely unexpected.

And then it was our turn.  And by our turn, I mean mine and Max’s (everyone else grabbed their cameras and took a step back.) 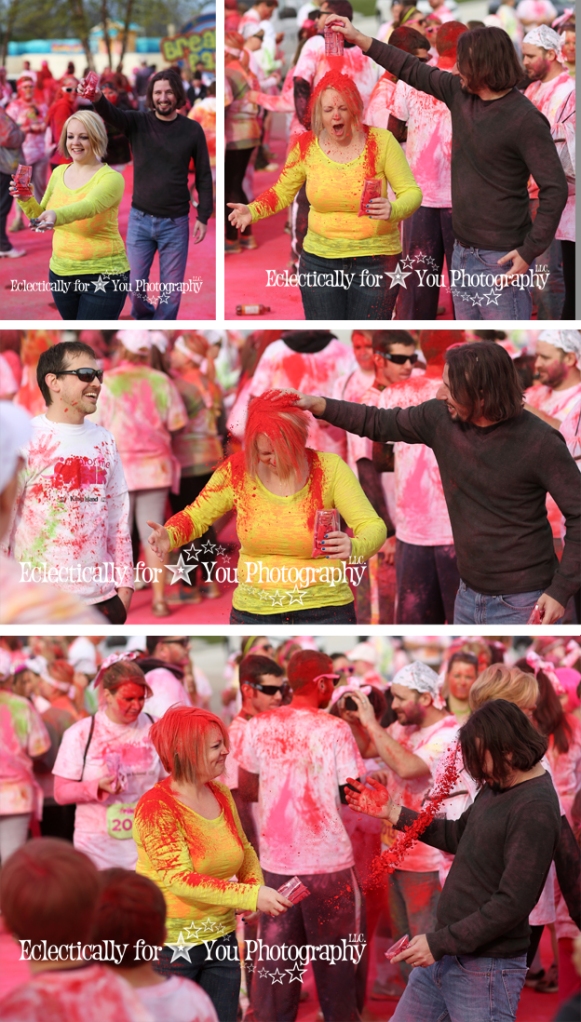 We had a blast making some new friends…

This dude.  Yeah, I called him the Red Pixie.  Covered head-to-toe in red, he snuck up behind people and “secretly” powdered them. 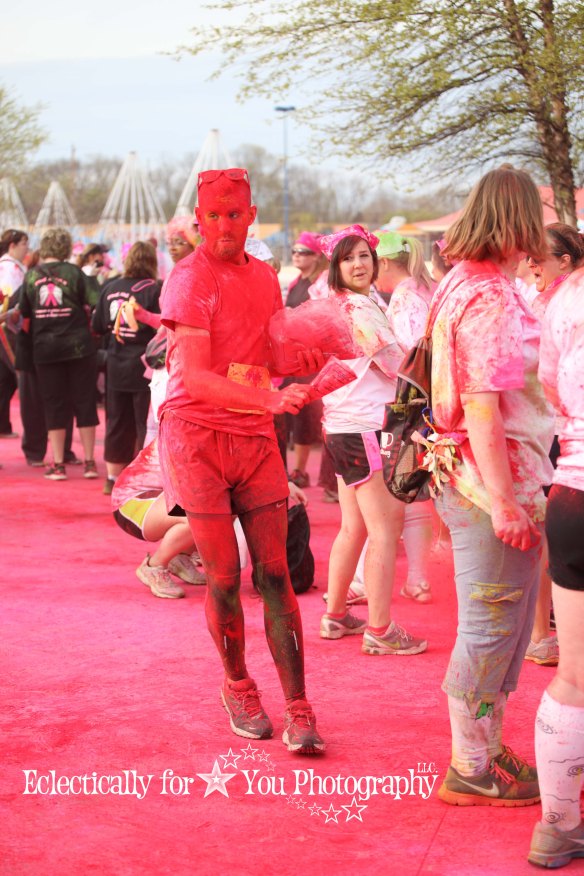 Sending out a HUGE Thank You! to all of my teammates!
(left to right: Pamela Stevens, Lindsey Driscoll, Sarah Richardson, Myndee Griffin, David Abad, and Angie Hamm) 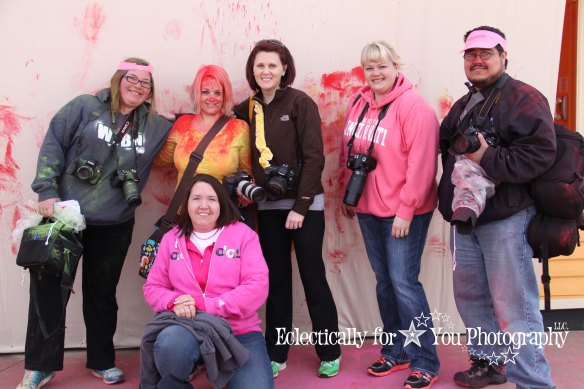 And also Max Kimmich (not pictured above.) 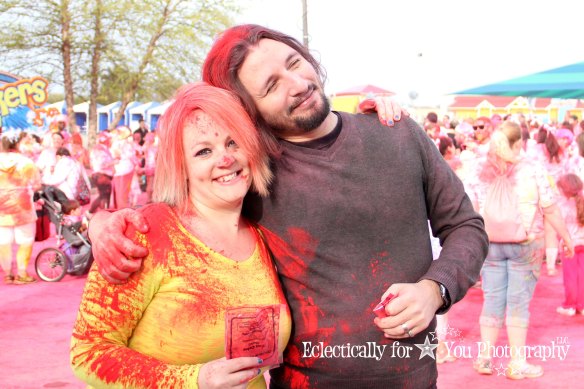 And also a big Thank You! to the Susan G. Komen people for inviting me back to capture all of the fun!

ALL of the day’s images will be available on my website at: www.eclecticallyforyou.com/Events/Color-Me-PINK-2013/

If you have any questions about any of the photographers, images, etc. please feel free to contact me! lindsey@eclecticallyforyou.com

Saturday, July 14th was Natalie’s Fly Thru the Park 5K run/walk event at Miami Meadows Park, in Miami Township/Milford, Ohio.  We were in desperate need of rain, and of course that much needed rain came Saturday morning, along with all of Natalie’s supporters, volunteers, joggers and walkers. 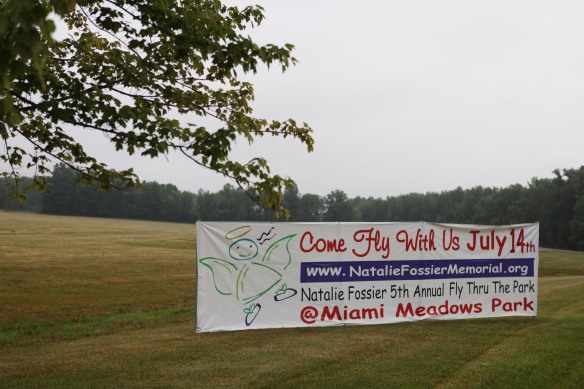 This year makes 6 for this fundraising event and marked my 2nd time photographing it.  Usually the event occurs in conjunction with the Midsummer at Miami Meadows festival, but due to a lack of funds, the carnival had been cancelled for the year.
(Btw, if you are a Milford/Miami Township resident and you have any suggestions to provide for a possible festival next year, please contact: Mary Makley Wolff, Miami Township trustee, mary.wolff@MiamiTwpOh.gov)

Not only was I honored to be invited back to cover the event, but I was also acknowledged as a Gold sponsor, which I am completely overjoyed by. 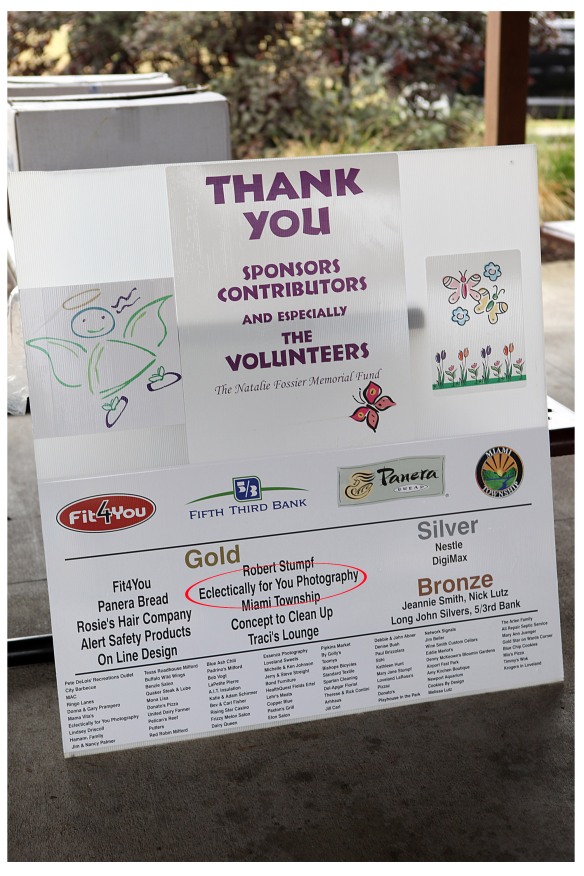 So, who is Natalie and what does her event support, you ask?
Natalie was a little girl who lost her life during an ice storm in 2007.  She was only 9 years old, but was quite the budding philanthropist.  According to her parents, family, friends and her diary, she had big plans for the charities and organizations that mattered most to her.

To honor her memory, her parents, David and Melisa Fossier created the Natalie Fossier Memorial Fund.  They hold fundraisers every year to raise money for local causes.  Some  of the organizations that receive these donations are: the Clermont County Humane Society, McCormick Elementary School, local nursing homes and a scholarship fund for the Milford School District.  In addition to the annual Fly Thru the Park run/walk event, they also host a silent auction. 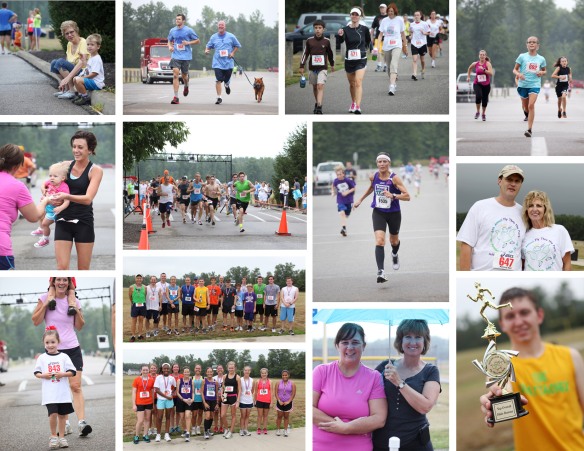 To see all of the images from this year’s Fly Thru the Park event, please visit my website under the “EfyP Events” tab or simply click on this link. (20% of all print sales will go to the Natalie Fossier Memorial Fund.)